Dogs of the Earth!! 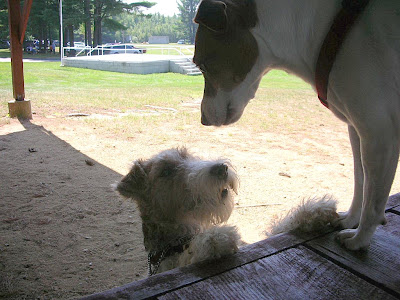 Well,I have to say that yesterday was one of the best days I have ever had.PL2 thought that I might enjoy this event made just for us terriers called Earth Dog,and she searched and searched and found a local club and then found out they were having a day where you could see if being a earth dog was something you might like! And they were going to have all kinds of games just for dogs!!!!!!(the Urban Rat Hunt, Chuck Draw, Trail & Tree, + Water Retrieval games!) So.....PL2 thought I might enjoy that( being the huntress of the family) and PL1+2 thought Archie might not enjoy it as much, so Archie would get to go to the farm with PL1 and pick up the vegetables we get every week.(Archie has always shown a great interest in the produce that we eat and has expressed a desire to become Farmer Arch) PL2 works with a woman who also has a terrier who loves to hunt( her name is Roxanne and she is a Jack Russell and she is my new girlfriend even though we don't agree on everything. 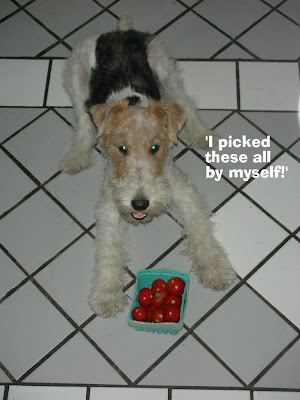 Here is Roxanne with PL2's friend Debbie. Roxanne is asking her Mom if she can go "get em". 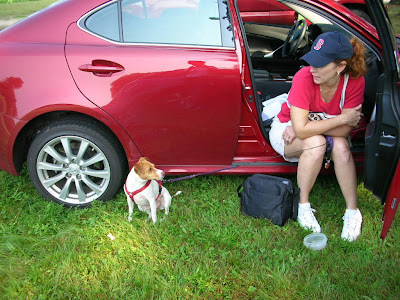 This is the tunnel WHERE THE RATS ARE!!!!!!!!!!!!! Now Pl2 was a little nervous not being particularly fond of rats and even though they were rats she felt the tiniest bit sorry for them,but she was told they were tranquilized( they would have to be WITH US THERE!!!)They are in a little cage and the thing, is you have to go through a tunnel to get them. You also have to take all you jewelry off(collar and leash) and PL2 was very nervous about that as I am not shall we stay stellar with the Come command,but as you can see it was fenced in and I ONLY HAD EYES FOR THOSE RATS!!!!!! 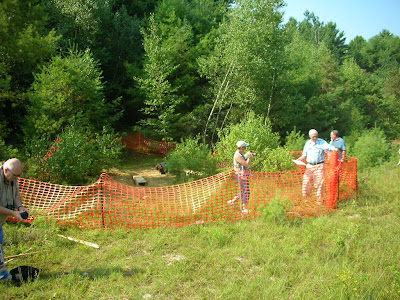 The people from the Earth dog Club said that as we were all beginners we should see the rats first. This is Roxanne checking them out....She was in heaven!!!!!!!!!!!!!!! 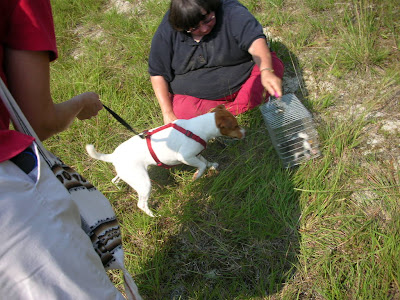 OK get ready HERE I AM CHECKING OUT THESE SUCKERS! Once I really realized what was in there there was no stopping me and the Earth dog lady said"Oh Boy we have a live one here!!!" 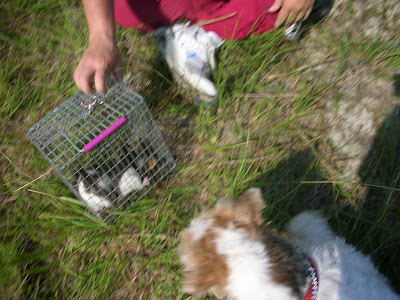 Then other dogs went to see them( can you believe that some of our esteemed pals were actually scared!! Not me and Roxie!!!!! And I was chomping at the bit! 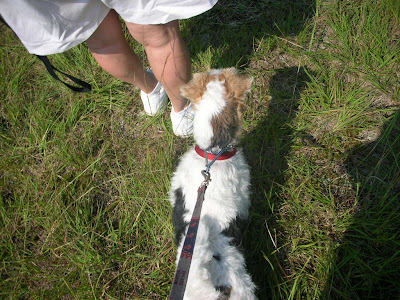 I actually sneaked up to the gate to try to get in!!!! 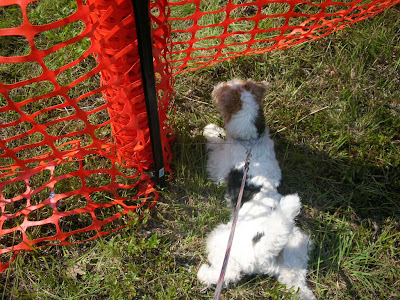 PL 2 didn't get any pictures of me in the tunnel but her friend Deb did so she will show them later,but friends,let me tell you something..I WENT RIGHT DOWN THE TUNNEL to get those suckers!! And then they added a turn to the tunnel...Did that stop me?????No I went right through 3 times!!!!!!!! This is something that all of us need to try!!!!! We were unable to stay for the games as they were much later than we thought and Roxanne and I were pretty tired by then.Here I am after the event quite happy!!!! 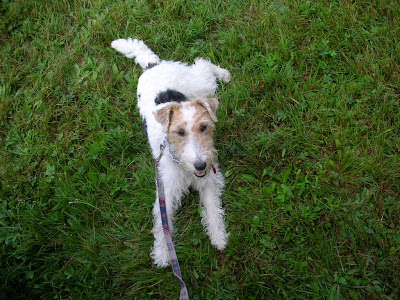 PL1+2 said that once Archie gets a little more mature he will be able to go also,( but I don't know how that will work because sometimes he is afraid of the dark and has a little night light in his crate)but he really did have fun at the farm and got to eat fresh picked watermelon with PL1.So my friends those were our adventures on this lovely summer weekend!!!! Love,A+A
Posted by Agatha and Archie at 5:45 PM

Wow! Roxanne looks a lot like Teka. You better watch out for her! And Earth Games look like fun. I will see if Muzzer can find some near us. Except I am not stellar off lead, and Teka positively is terrible.

Hey A & A,
Man, we bet we would just love the earthdog stuff. We're not afraid of any critters yet. We go nuts just sniffing out the chipmunks around here. We haven't tried the farming thing though. Archie looks like he is very handy at that & probably gets to eat lots of extra things huh?? like wallymelon??
Mama used to have a doggie like Roxanne. His name was Eddie but he got very sick at 6 months old & is now at the rainbow bridge. He was very good at finding DEAD frogs & toads & bringing them to Mama, hehehe!
Glad you had so much fun!
Luv & Wirey Hugs!
Butchy & Snickers

I heard about you from Jackson and came over to introduce myself. I'm Stanley, and it seems we have several of the same friends in common. Want to be buddies?

It looks to me like you are a very saucy pupgirl, and an avid huntress of all things wild (and tranquilized). Glad you had a blast at the Earth Dog event.

Give my love to Archie. This shout out is for him to. And, come visit me anytime. I have my own country! , and you don't need a passport to go there.

Pee Ess
I'm going to link you guys to my page so I can visit at will!

This Earth dog stuff looks like fun! My brother Mitch would really excell at this! He loves little furry varmits!

That looks like so muchfun. My mommy never lets me off the leash to get any squurrels or birds, you must have been in heaven.

Hey pals, I almost feel sorry for the rats! Way to go Agatha! Glad to hear that Archie had a good time picking fruit and stuff. Did he get to sample the goods? J x

Hi A&A,
I just got back..wowzie you suwe had some adventuwes..congwatulations to you Agatha on your bwavewy and to you Archie for your fawming skills..I'll twy to post soon..I have a lot to catch up on..talk to you soonest
smoochie kisses
Asta

I keep trying to build my own Earth Dog tunnels, but My Boy keeps filling them back in. Hmph! Maybe if he reads this and how much fun it is, he'll let me excavate it all the way through.

That earthdog stuff looks like lots of fun! Boy it'd be nice to get my paws on one of those rats! too bad they have to keep them caged, hehe.

It'd be fun to try that someday, but like some of the others, I'm not very good off lead either! Maybe someday!

Well, as you can see I'm feeling lots better, but I wanted to say thanks for the good advice and everything! I'll catch you two later.

yeah, earth games look nice! i suppose gardening is pretty fun too, since there's always something to eat at the end. i wouldn't know which to choose if i were you!

I received an email from Jennifer at Dogs n Us Community inviting me to join their community. They had already added my blog, without asking, without my approval. I see that your blog is also listed on this site. I am sking you to email them at jennifer@dogsnus.com and tell them to remove your blog from their site. This is a blatant rip off of our Dogs With Blogs Community and I for one do not appreciate it.